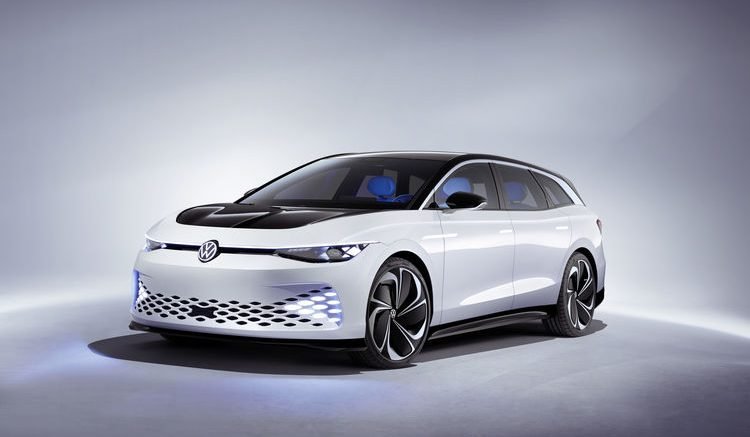 The auto show in Los Angeles is different from all the others in this universe: The automobile is viewed positively, although California continues to set the pace with consumption and emissions regulations in the USA. The car enthusiasm can be clearly felt at the fair. V8 combustion engines are presented without a guilty conscience and electromobility is quietly celebrated next door. Only one thing was missing from the press conferences we attended: the hysterical reference to climate change.

In fact, the auto show that takes place on 1.12. comes to an end, in sunny California completely relaxed towards the automobile. The latest combustion engines, sports cars and thick SUVs still predominate at the exhibition stands. But electromobility is also clearly noticeable, which is immediately visible on the streets around LA, where Tesla is particularly eye-catching. In Los Angeles, for example, Ford presented its first electric SUV, which, strangely, as the Ford Mustang Mach E, is supposed to subtly suggest a relationship with the cult sports car.

"The automotive world is still in order in Los Angeles," a German car manager told us, giving the impression that a view of "climate-hysterical Germany" shows how differently individual mobility is viewed. “I would rather stay in America as an automotive engineer. This radical swing, quasi extorted from the street, towards electromobility with batteries is nothing more than a show frenzy and ultimately does nothing for the climate. ”A man who works“ with great pleasure in autonomous driving ”and is happy“ said no longer to me downright criminalized combustion engine ".

It is no wonder that the German manufacturers are presenting models here in LA that would have been provoked at the IAA in Frankfurt. For example, Mercedes AMG showed its GLE 63 with up to 612 PS and V8 combustion engine, BMW the X5 M with V8 and 625 PS and the new entry-level model for the USA, the 2-series Gran Coupé. In addition to the electric Mustang fig leaf, Ford served the Mustang Shelby GT 500 with not exactly modest 770 hp. The interest of the trade fair visitors was particularly evident in the powerful combustion engines. However, electromobility is perceived as cool normality: "I drive to the office with the Tesla and sometimes to the race track with my BMW M3." American customers still love the babbling V8 or six-cylinder, but also see the positive aspects of the Electric cars. Perhaps also because they can use the fast left lane past the traffic jam. Speaking of traffic jams: this is not an event in Los Angeles, but a condition. However, Americans are somewhat relaxed about this.

As world premieres, Audi showed the Audi e-tron Sportback and the Audi RS Q8 (600 hp) as the top model in the Q series, thus performing an impressive balancing act between electric and power mobility. However: Audi has made it clear in Los Angeles that it is possible to promote high-performance combustion engines alongside high-performance electric vehicles. However, this two-pronged approach is a communicative challenge, especially in the home market of Germany, for which the heralds of press work and marketing cannot be envied.

Volkswagen made a particularly interesting mark-up as part of a previous evening presentation with the ID study. SPACE VIZZION, which probably indicates the distant future of the purely electric Passat. It is the seventh ID study. Family. VW defines the purely electric driving study "aerodynamically as a Gran Turismo with the spatial conditions of an SUV". With a drag coefficient of 0,24, VW sets the bar for aerodynamics very high.

"The new ID. SPACE VIZZION brings unprecedented versatility, uncompromising quality and GERMAN DESIGN into a new era of mobility, ”says Klaus Bischoff, Head of Volkswagen Design. The study is based on Volkswagen's Modular Electric Drive Kit (MEB). The gross battery capacity of 82 kWh enables distances of up to 590 kilometers (WLTP) / 300 miles (EPA). Thanks to a system output (4MOTION) of up to 250 kW (340 hp), the ID accelerates. SPACE VIZZION in 5,4 seconds at 100 km / h.

A Mexican and auto journalist living in Florida asked me why in Germany we “criticize the best cars in the world”. I couldn't explain that to him because I don't understand it myself.