Let us not spend too much time driving impressions. One thing is certain: the i3 amazes at every traffic light start, conveys sporty dynamics, typical BMW agility and all-round driving pleasure. 7,2 seconds at 100 km / h are a word. However, the value in numbers says less than subjective perception, because our expectation of driving with electricity is more geared towards gentle acceleration. The technical data such as 125 kW / 170 PS are far exceeded by the perception. And then the i3 rushes so vehemently towards the horizon that I can not resist a "madness ...!". The hardly audible, yet fascinating buzz of the hybrid synchronous electric motor sounds like the future. Not like trams, as I once thought. So let's forget our prejudices. The BMW i3 clears them all. Also the limited range.

When I read a remaining range of 150 kilometers on the display in my diesel, I immediately think of refueling. In the BMW i3 we have to, no we can rethink. The Pavlovian tank reflex is superfluous here if you don't want to take the i3 from Munich to Hamburg. However, BMW does not want to hang on the bell that range-extender actually works and is surely a surprise for many. And I've never read it anywhere. I will describe the how later.

So let's start with the biggest hurdle of conviction: How far can I get? As a range fetishist, I find it difficult (!) To limit myself to 150 or 160 kilometers. Accepting that still takes a little effort. But I think we can get used to it quickly once we have adjusted to changing the way we use electric vehicles. We have to plan something differently, drive differently and “fill up” differently. And maybe we will also follow a recommendation on the i3 app developed for this that we could switch seamlessly and without wasting time to the S-Bahn XY, the stop of which we can reach in seven minutes. The developers really thought of everything to integrate the i3 into a multidimensional traffic infrastructure.

A sober analysis of needs is part of overcoming prejudices. So stay relaxed and relaxed, forget everything you have stored in the cerebellum under electric driving (e.g. lack of range, lack of dynamics, emotionless buzzing boredom).

When I think about how far I usually drive, it quickly becomes clear: 150 kilometers are enough for the journey from Ammersee to Munich Airport, to the office in Schwabing or to shopping in Augsburg. And if a charging station is also available at the destination, the “range problem” CO is solved2–free in air. But even without the possibility of charging at the destination, 150 kilometers are more than sufficient to cope with my everyday journeys and to come home safely. We hardly drive 75 kilometers in one direction every day.

BMW i3 interior with entry without B-pillar

During my test drive in Amsterdam I quickly realized that the fear of being left with an empty battery is completely superfluous. 150 kilometers in the urban area are damn long. BMW seems to have managed to physically stretch 150 kilometers.

We are somehow wrongly programmed due to tank rituals that have been performed for years. We never really want to start without a full tank. We will do exactly that with the critical critical electric car: Always start with a full "tank". Because: In the foreseeable future there will be more electric taps than petrol stations. If every tenth parking meter, every tenth parking lot, every shopping center is equipped with charging stations, then we will no longer waste time thinking about whether we will still arrive at home. And there, too, we will soon instinctively connect the plug of our charging station to the i3, as we have long been used to with a cell phone, even with an electric toothbrush: We are now hanging it on the inductively networked charging cable with little thought and of course. Speaking of which: Inductive “refueling” is perhaps the next (necessary for convenience) step in terms of e-mobility. 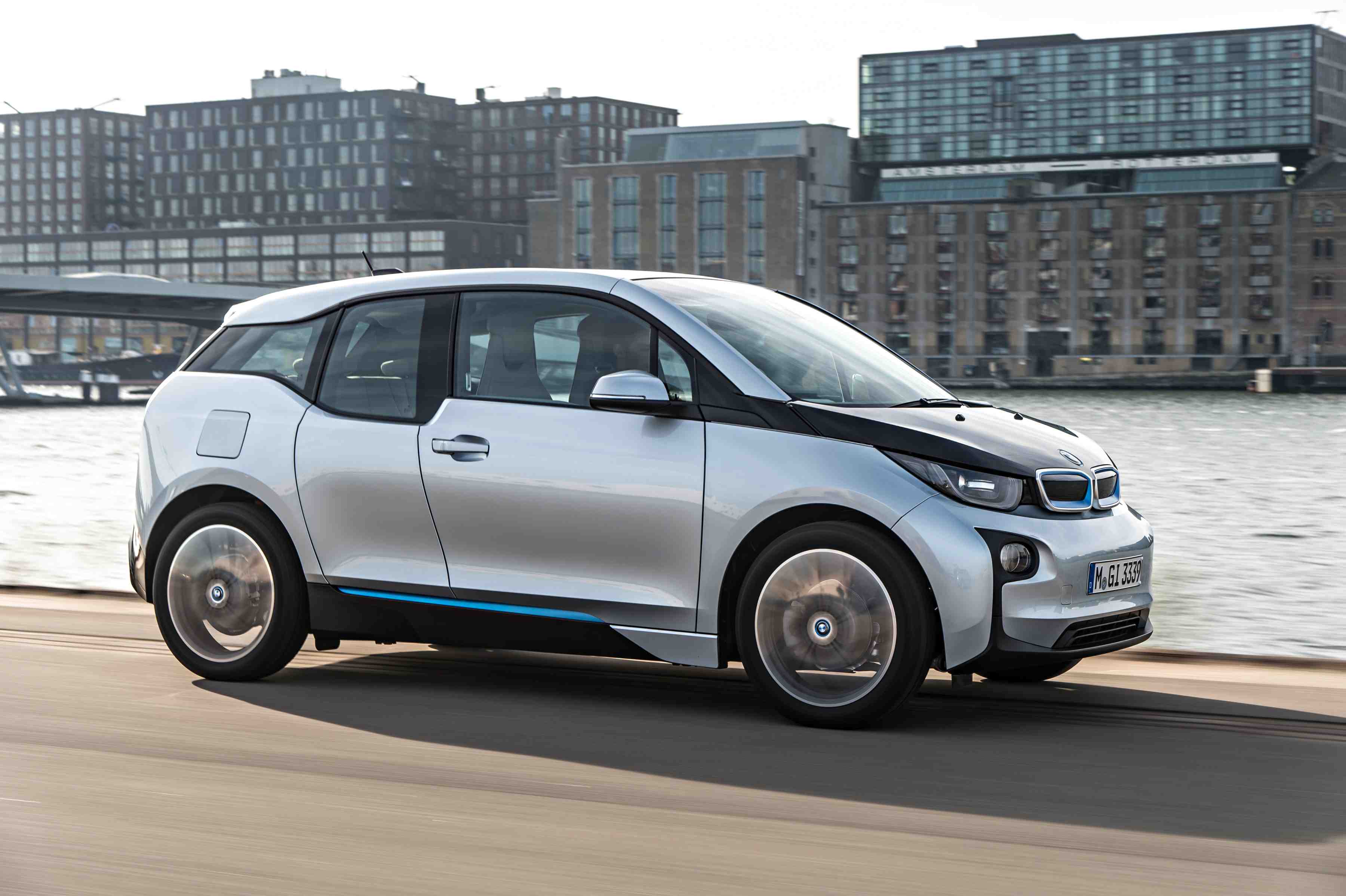 Of course we are not there yet. Inductive charging of the battery would bring more convenience, but do not change the principle that we can refuel wherever there is a power connection. Unlike in Holland, charging stations are still rare in Germany, although the chancellor wants to see a million electric vehicles on the streets by 2020. Politicians are demanding one-dimensionally from the auto industry to electrify private transport without really trying to provide adequate infrastructure. The auto industry is not responsible for the filling station network.

The i3 is a real surprise. When I first dealt with him, I was rather skeptical. Today I am thrilled and absolutely certain that BMW will be successful with the concept. The i3 is not just an electrically powered automobile, but a sustainable and well thought-out mobility system in all its facets.

For the first time, I see the extreme consistency with which BMW went to work rewarded. Because it would only be ecologically superficial to drive with electricity, but to continue producing with electricity from coal, the i3 is actually only produced with renewable electricity in Leipzig, which is generated with its own wind turbines. Only the electricity from coal-fired power plants for recharging is still an ecological handicap, so to speak. Since the dramatically opaque smog weather conditions in Shanghai and Beijing, we have known that it can make sense to drive emission-free in dense metropolitan areas.

The i3 is more than a technical concept. It is a comprehensive system of individual mobility with an ingenious network in the public transport system. But one after the other. Why did BMW choose Amsterdam for the press launch? Quite simply: Because hundreds of charging stations have already been installed there. Not only the road network is visible on the navigation display, but also each individual fuel dispenser. And I can also tell whether it is free or occupied. The navigation system also shows me how far I can get with my driving style. However, this is not just a circle on a map, but an exact representation of the range, which varies in one direction or the other depending on traffic density.

With an electricity price of 27 cents, 100 km currently costs about as much as 2,5 liters of diesel fuel. This is also not possible in the efficient and dynamic BMW 125d. In this respect, the question of whether the i3 with its basic price of 35.000 euros is expensive can only be answered relatively. The i3 is not only more economical in terms of energy costs, but also in terms of maintenance, which is almost free of charge. There is no oil change, the engine is maintenance-free.

Yet another point of criticism that should be noted: the design. The face of the i3 seems a little too childish to me, sympathetic but not grown up enough. But soon there will be the i8 with the design of a real sports car.

How do you get from Munich to Hamburg without a charging station? With the range extender, a two-cylinder in the rear that charges the battery and keeps the charge roadworthy. Because the American approval regulations only recognize electric vehicles if they are mainly operated electrically, additional petrol engines (range extenders) must not offer more range than the battery. The tank in the i3 holds nine liters, so I get electricity for 150 kilometers. So I just have to fill up the tank again and again to get ahead. However, that is not the point. We want to drive electrically in the future.

What struck me at and after the IAA ... Car manufacturers are more than sheet metal benders!

Have car faces become too aggressive? Can't Mini offer an SUV? The Munich vehicle design professor Peter Naumann criticizes the variety of models of the brands and too much similarity within the brands

ADAC AutoMarxX: BMW clearly in first place in the image ranking ahead of Audi and Mercedes-Benz - A differentiated view of the individual criteria holds surprises

2 comments on "On the road in the BMW i3: The sound of silence - or how I learned to love the electric car"